In 2016 the Australian Renewable Energy Agency ran a competitive funding round for Large Scale Solar projects that drove down costs and helped create a commercially viable industry. Here is the story of some of those involved in the construction of one such solar energy project in Parkes, NSW. 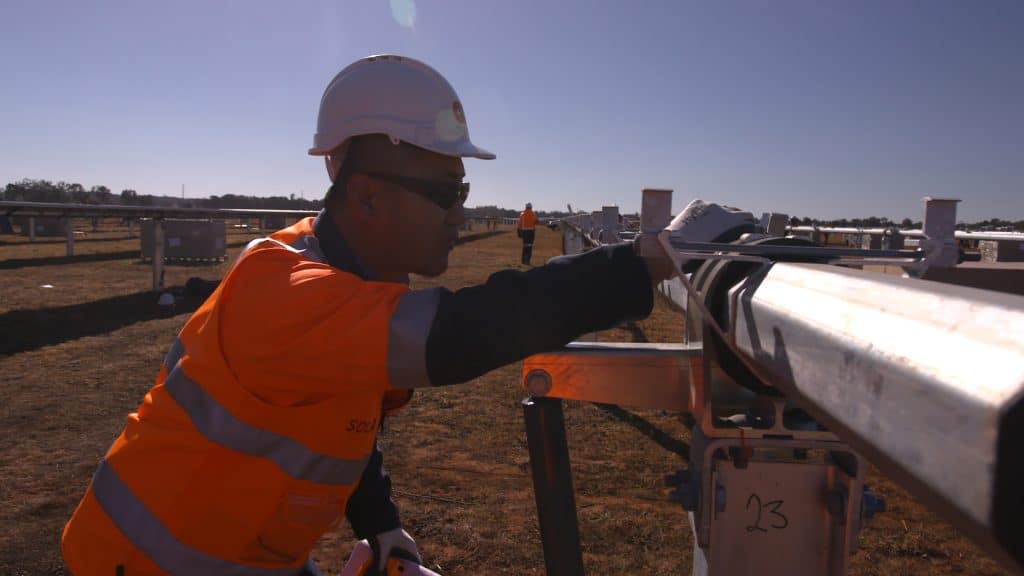 ARENA wanted to promote the fact their financial support generates a huge number of jobs in renewable energy projects in Australia which in turn bring great benefit to regional communities.

We wanted this video production brought to life through focusing on a single project under construction. We found a suitable candidate through research and phone calls followed by a location recce to settle on the character profiles we needed BEFORE film production started. This video production premiered at ARENA’s 2017 showcase in the Great Hall of Parliament House, Canberra before an audience of political and industry leaders. It was then published on ARENA’s digital platform ARENA WIRE and posted to their facebook page where it reached 22,000 people.  This interest triggered the release of a longer mini-doco version.

"I couldn't be happier with Reimagine Films for perfectly delivering on the brief."

GET IN TOUCH
Menu
Menu

Subscribe to our quarterly e-newsletter if you want to learn how well-told video stories can amplify the impact of environmental and social sustainability projects.